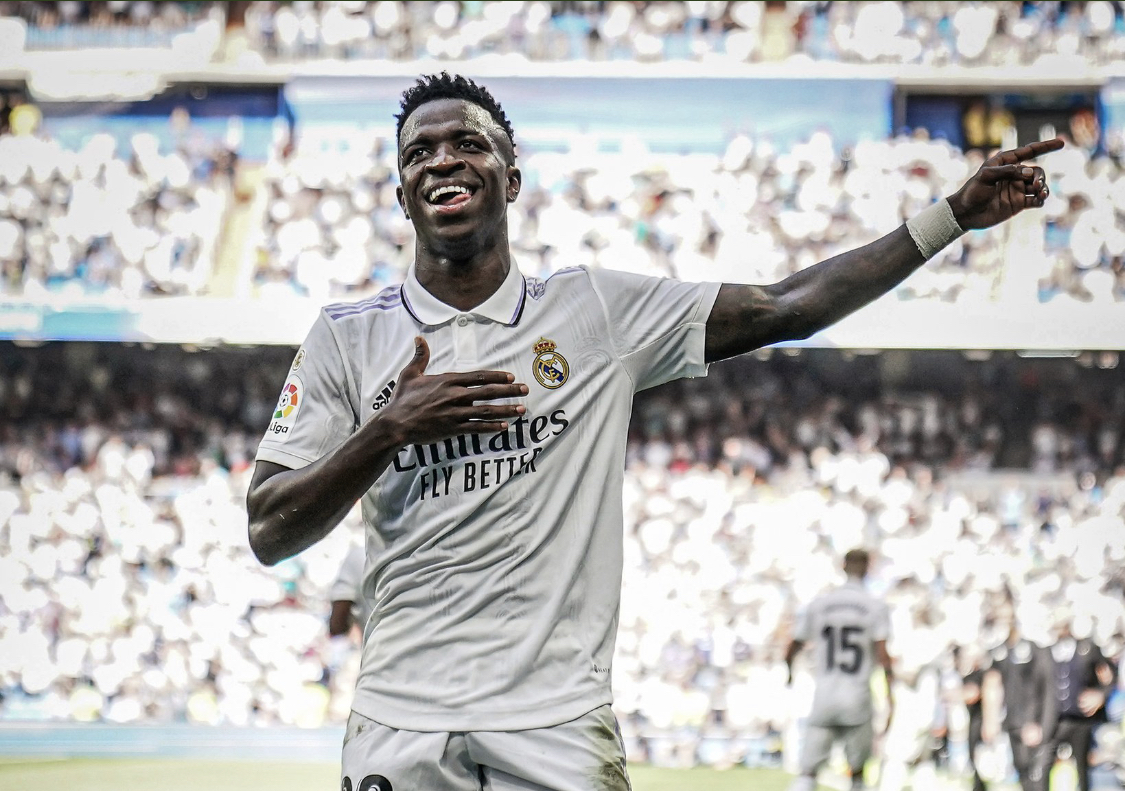 – Real Madrid forward Vinicius Junior says “the happiness of a black Brazilian in Europe” is behind criticism of his goal celebrations.

– Agent Pedro Bravo said during a Spanish television discussion on the 22-year-old that “in Spain, you have to respect rivals and stop playing the monkey”, leading to accusations of racism.

– Bravo has since apologised on Twitter, saying he misused a metaphor.

– The Brazil international, who has scored five goals in eight games for the European champions so far this season, pointed out that he was far from the first player to dance in celebration, listing other stars who do similar.

– “Weeks ago, some people started to criticise my dancing. But the dancing is not mine alone,” Vinicius said.

– “They are dances to celebrate the cultural diversity of the world.

– “They say that happiness bothers. The happiness of a black Brazilian being successful in Europe bothers much more.

– “But my will to win, my smile and the sparkle in my eyes are much bigger than that.”

– Vinicius has been supported by his club, country, team-mates and opponents alike.

– Brazil team-mate Neymar, who plays for Paris St-Germain, posted a picture of the pair dancing on international duty.

– “Dribble, dance and be you! Happy just the way you are. Go for it my boy, next goal we dance,” Neymar wrote.

– “Football is joy. It’s a dance. It’s a real party. Although racism still exists, we will not allow that to stop us from continuing to smile,” he wrote on Twitter.

– Real Madrid issued a statement expressing “its affection and support for Vinicius Junior, a player who regards football as an attitude towards life through joy, respect and sportsmanship”.

– The club added that it condemned “regrettable and unfortunate comments made against our player” and would take legal action against anyone making racist comments towards its players.

– The Brazilian Football Federation called for “dancing, dribbling and above all respect” in a statement of solidarity.