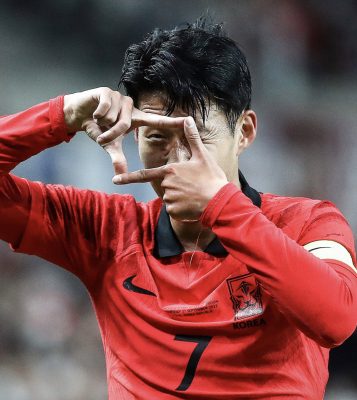 – The 30-year-old nodded home a rebound in the 35th minute after Kim Jin-Su’s strike was parried by Indomitable Lions keeper Andre Onana.

– The Central African nation, who fell 2-0 to Uzbekistan on Friday, have now suffered two defeats in their final warm-ups prior to naming their World Cup squad.

– Coach Rigobert Song named a strong side against the Asians in the South Korean capital, but Nicolas Moumi Ngamaleu’s ambitious long-range effort was just wide midway through the first half.

– Exciting Hwang In-Beom and Kim Jin-Su both went close for Korea, before the latter broke free on the left to unleash a strike that was clawed away by Onana only to sit up nicely for Son’s powerful header.

– The five-time African champions, who begin their World Cup campaign against Switzerland and are also grouped with Brazil and Serbia in Group G at the finals, will host Jamaica in a friendly in Yaounde on 9 November before leaving for Qatar, according to Song.

– Later on Tuesday, Morocco and Ghana take on Paraguay and Nicaragua respectively as they continue their preparations for the World Cup, with African champions Senegal facing Iran in an early afternoon fixture.