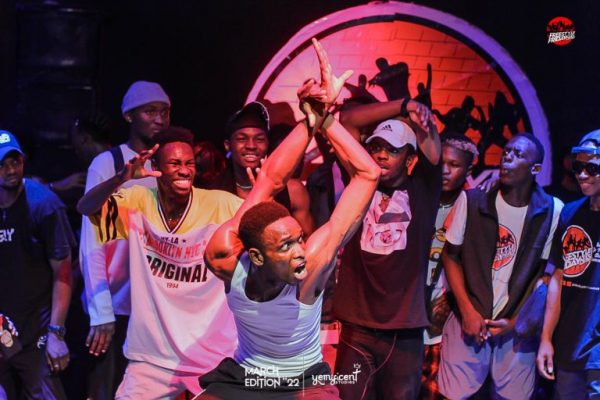 A dance expert and promoter, Nasir Mohammed, says the Nigerian entertainment industry is one of the fastest growing in the world, of which can change the nation’s narrative.
Mohammed, popularly known as Nas, spoke with the News Agency of Nigeria (NAN) ahead of the Annual Freestyle Friday with Nas Magnificent Show scheduled for Sept. 30 in Lagos.

He said that this edition, which would host celebrities including Eloswag, would be dedicated to Nigeria’s 62nd independence as it would be held on the eve of the commemoration.
According to him, the dance sector plays a very important role in the entertainment industry as it works in conjunction with musicians and actors.

Mohammed, who is also an American rapper and actor, said the entertainment industry had attracted and occupied several youths and this had kept them away from crime.
“We have been able to create a safe place for most Nigerian talented youths in the art of dancing through our monthly dance show.

“It keeps them active in the right direction because an idle mind is the devil’s workshop and an easy prey for criminal activities,” he said.
The dance promoter, who has released eight consecutive albums since 1994, also said that the monthly dance show had given several youths reasons to believe in their abilities.
“These youths always look forward to the next edition of our show because It has given a lot of them a reason to believe in their abilities as performers.

“It builds their self esteem and encourages sincere freedom of expression especially with our monthly dance show that would come up on Sept. 30.
“Freestyle Friday with Nas Magnificent Dance Show is a leading, wholesome community for dance, dancers and lovers of dance to showcase their talents,” he said.
Nas, also part of the hip hop supergroup film, said the show which had run for four years, had continued to bring youths together to express their talents.

“This dance show has grown to become a global community, providing a platform for Nigerian dancers to express themselves, build their talent and network with fellow dancers.

“It is a community created by dancers for dancers and it is open to all dancers of all genres. We gather for the love we have for dancing.
“ The Nigerian dance industry is populated with a lot of vibrant talented youths.
“ In an environment like ours, where most adults don’t see dancing as an art that can become a comfortable, lucrative career, this platform is working to change that narrative,” he told NAN.
The dance promoter, who also is a professional dancer, said the show had opened up connections and popularity for a lot of dancers.

“This show has helped a number of youths get recommended for national and international dance jobs, brand advert jobs and paid dance workshops.

“We also encourage every dancer to build extra skills apart from dancing such as videography, hand crafts and acting.

“We have dancers that produce and sell zobo drinks at the show, dancers that own food vendors alongside those that design shirts.

“We believe that our influence in the life of the Nigerian youths with what we do, will in turn build a better nation, one with less idle youths and more creative minds,” he said.

“The group shines more light on dance artistes especially a couple of up and coming music artistes.

“We help publicise young artistes’ songs by dancing to it at the show. The idea is to help their songs go viral after we post,” he told NAN.
Meanwhile, he noted that dancing, these days, was one of the major ways music artistes use to make their music trend.

Mohammed urged governments to make funds available to help scale the industry by sponsoring television shows so as to reach more youths.