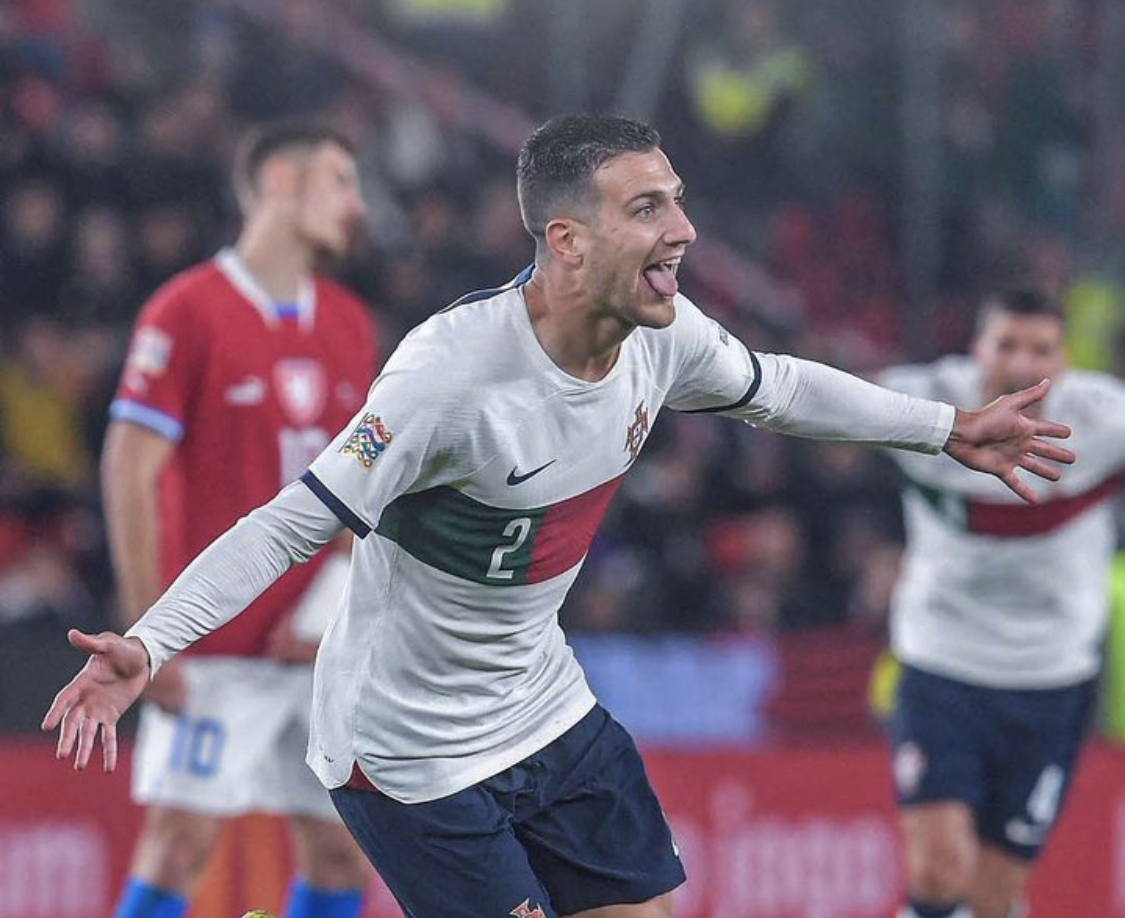 – Portugal stormed to a 4-0 win over the Czech Republic in their Nations League group A2 match on Saturday thanks to a Diogo Dalot double and strikes by Bruno Fernandes and Diogo Jota.

– The victory sets up a crunch clash for the Portuguese on Tuesday at home to Spain, who lost 2-1 to visitors Switzerland, knowing a draw will be enough to reach the final four.

– Portugal lead the group on 10 points ahead of Spain on eight after five matches with one game left to play.

It was a good day at the office. 😎☕ See you in Braga! 🇵🇹 #WearTheFlag pic.twitter.com/DFrDVxM3VJ

– “I think the most important thing was the good game we played collectively,” Dalot said. “The result speaks for itself. We played a great game and we deserved to win.

– “Whether Spain had won or not tonight, it doesn’t change our approach. We will go to the game [against Spain] in Braga on Tuesday determined to win, knowing that it will be complicated and that we will have to do our part to be in the next phase.”

– Cristiano Ronaldo needed treatment early on after a being caught in the face by goalkeeper Tomas Vaclik but soldiered on.

– The Portuguese controlled possession and opened the scoring in the 33rd minute when Rafael Leao swung a cross into the area and Dalot fired past goalkeeper Tomas Vaclik.

– Ronaldo missed a chance to double the lead before Fernandes put the visitors further ahead in first-half added time when he surged into the box and converted a cross from close range.

– Ronaldo then conceded a penalty for handball but Patrik Schick blazed the spot kick over the bar just before the break.

– Dalot netted his second goal soon after the interval with Jota rounding out the scoring in the 82nd minute to leave the 2019 winners in pole position to reach the semi-finals.

– “In the first half, we had some problems in the corners, we lacked focus on that aspect, but that was the only thing that we actually lacked. The team always came out very well positioned, showing quality.

– “Against an opponent that came in powerful and strong, we were able to control the game, always showing a lot of security and control. I have to congratulate my players.”