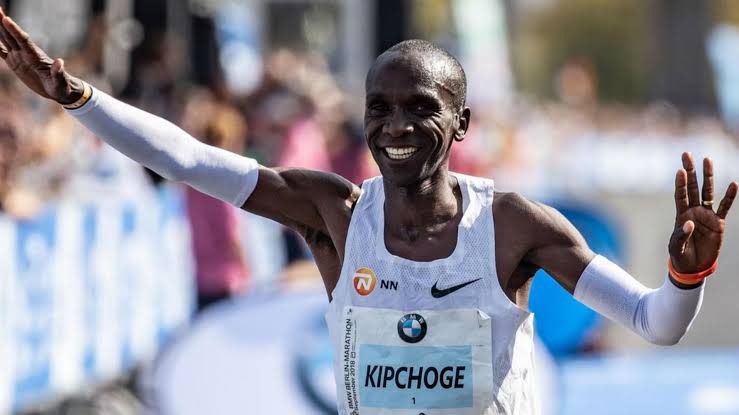 – The 37-year-old Kenyan crossed the line in a time of two hours, one minute and nine seconds, to beat by 30 seconds his previous best, set four years ago in the German capital city.

– Kipchoge had played down his chances of a world record in the build up.

– “I am happy with my preparation and I think I was so fast because of the teamwork. Everything is down to teamwork,” he said.

– “What motivates is my family I and I want to inspire young people. Sport unites people and that is what motivates me.”

– On an overcast day in Berlin, Kipchoge, who has now won 15 of his 17 career marathons, ran the first half of the 26.2-mile race in 59 minutes, 51 seconds, prompting thoughts that he may become the first runner to break the two-hour mark in an official race.

– He has run a marathon in under two hours, in Vienna in 2019. However, that was not recognised as the official world record because it was not in open competition and he used a team of rotating pacemakers.

– When asked whether he would attempt a sub-two hour run in Berlin next year, Kipchoge replied: “Let us plan for another day.

– Andamlak Belihu was the only runner able to keep up with Kipchoge, who set a blistering pace from the start, but the Ethiopian dropped back around 17 miles into the race.

– It is a fourth victory in Berlin for Kipchoge, matching Ethiopia great Haile Gebrselassie’s record.

– In the women’s race, Ethiopia’s Tigist Assefa ran the third fastest time in history to set a course record of 2:15.37.