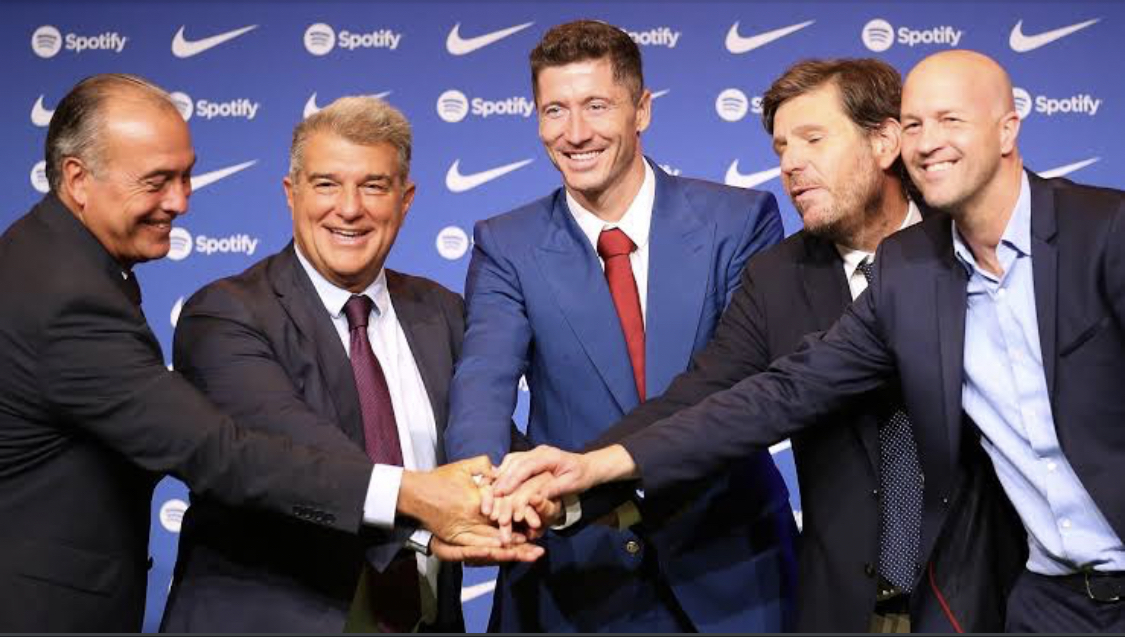 – Barcelona’s sporting director Jordi Cruyff says “the city is alive again” following the arrival of players who “chose to follow their dream” rather than money.

– Last season was a turbulent year for Barca as they wrestled with their £1.15bn financial debt, which forced them to let iconic forward Lionel Messi join Paris St-Germain for free.

– Their off-pitch problems and the weakness of their team meant they were no opposition for arch-rivals Real Madrid, who won the Spanish title comfortably and then added the Champions League.

– It was the first time since 2003-04 that Barca have gone three years without winning the league.

– The club have however managed to bring in a host of new signings this summer, including Robert Lewandowski, Raphinha and Jules Kounde.

– “Barcelona has a magnet, it is beautiful,” Cruyff told Spanish football expert Guillem Balague before the Cruyff Legacy Summit, where Arsene Wenger, Ronald Koeman and Sarina Wiegman are scheduled to speak.

– “You can see the pride in the eyes of the players when they get a chance to sign for Barcelona and that has helped a lot, being able to compete with clubs with bigger budgets and better salaries.

– “They wanted to sign for Barcelona and we are very grateful for these players because, believe me, they had better offers than us.

– “And still they chose to follow their dream to be part of the history. When you see the eyes shining in these players you know you are in a special place.”

– Barca are unbeaten after five games so far this season and Xavi’s side thrashed Viktoria Plzen 5-1 in their Champions League opener on Wednesday.

– Cruyff added: “The team has started really well, with the manager doing a really good job. He has a positive headache… he has a good squad to choose from.

– “If that continues the right way, the city is alive again. Even for the smaller games, [the Nou Camp] is a sell-out and that shows the mood.

– “You see how the people are so happy with the players that have joined. You feel it is alive again and this club needed that.”

– With the club’s debt having reached more than £1bn, Barcelona were unable to sign Messi on a new contract under La Liga’s financial fair play (FFP) rules.

– They are more complex than Uefa’s FFP regulations as they include Economic Control and Squad Cost Limit rules, and they apply before rather after any regulations are broken – so La Liga clubs know how much they can spend in advance.

– It also means the league can prevent clubs registering new players if they cannot pay their wages while adhering to La Liga’s strict FFP rules.

– “I have noticed 99% of the people don’t understand Spanish financial fair play, how to fit that puzzle,” said Cruyff.

– “It is something you won’t understand in one hour, it is more complex and complicated. Even when you have money, you can’t spend it.”

– Cruyff, the club’s sporting director, says his role is in between the manager and the director of football Mateu Alemany.

– “I had a taste as a coach and a sporting director and you never know, maybe one day I will go back on the pitch to coach,” he added.

– “In Barcelona the triangle is the coach and assistant, football director Mateu – who is a financial fair play specialist and negotiator, and I am between. Understanding with numbers but with the mind of coach.

– “Barcelona is a very special club but a lot of clubs don’t have the patience these days, it is very difficult to find that. In every club there is a short-term project, medium and long term. My job is to understand the short term, but to try to co-ordinate that with the medium term and sometimes long term.

– Previously, La Liga’s 1/4 rule meant clubs needed a four-penny saving to be able to invest one. Now it is a 1/1 rule, meaning every penny the club saves can be invested in new players.

– Barca have reduced the wages of some existing players and also activated several ‘economic levers’ that allowed them to firstly pay transfer fees for Lewandowski, Raphinha and Kounde, and then to register them along with Andreas Christensen and Franck Kessie, who they signed on free transfers.

– The economic levers included selling a percentage of their future television rights and of their media production unit Barca Studios, an approach that led to accusations that president Joan Laporta is gambling with the club’s long-term future.

– Cruyff said: “The news that has come out about us is not always accurate and I understand people listen to that and think what Barcelona has done is maybe not elegant.

– “That is a question of understanding fair play. Our job was to, inside the strict rules of Spanish football, improve the team. Now we have a squad that can compete with everything.”

– Barca made a host of free transfers during the course of last season, including Pierre-Emerick Aubameyang, who they sold to Chelsea in a £10.3m deal on deadline day.

– Although the club spent almost £150m on transfer fees this summer, former Bayern Munich forward Lewandowski is the only one of their main summer signings who is older than 27.

– “Most of the players we have brought in have a lot of years in front [of them], have a transfer value,” said Cruyff.

– “We have made financially good decisions because you can see in the last week of the window how values have gone up.

– “We have a squad for the future. The future is here and the present is here. We have things we need to improve but the club had to make that decision in the summer.

– “January 2022 was not a moment to buy four or five players and repair what we needed to repair. In January we looked at the short term, now we looked at short, middle and long term.”

– Barca may have spent more on Raphinha and Lewandowski may have turned 34 in August, but the Poland striker, winner of the past two Fifa player of the year awards, was arguably their biggest signing.

– With one year left on his contract at Bayern, Lewandowski said he wished to leave and once the German club agreed to consider offers, he reportedly made it clear Barcelona was his preferred destination.

– Lewandowski has already scored eight goals from five appearances for Barca and faces his former club in the Champions League on Tuesday.

– “It is not what Lewandowski says, it is what he shows, that he still has that desire to chase the ball at 3-0 up,” Cruyff added. “There is a desire for more.

– “Players at this club know they have to deliver. The fans are coming because they feel something is building here.”