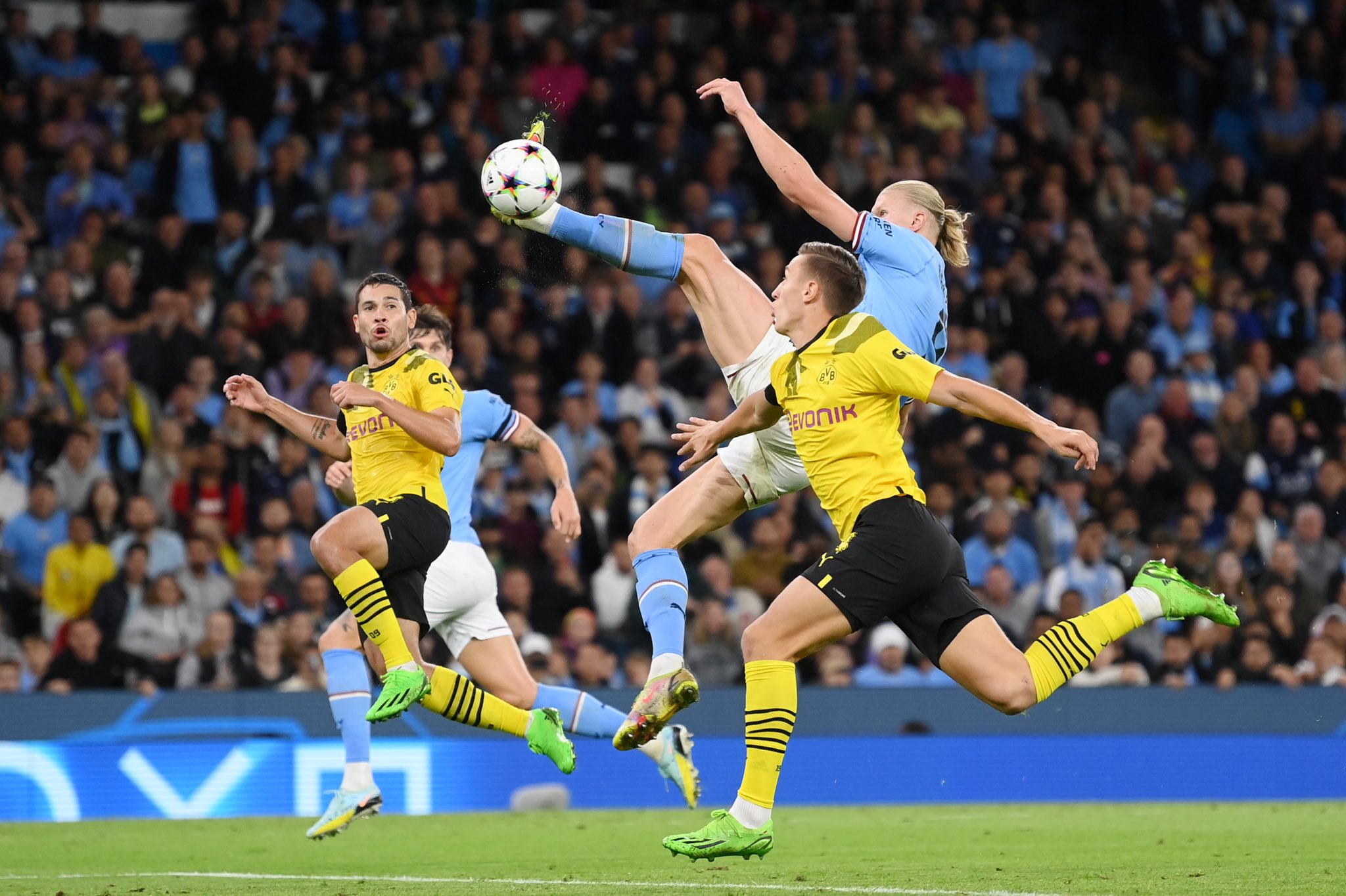 – When it was put to him after Manchester City’s win over Borussia Dortmund in the Champions League on Wednesday night that the German side had defended especially well against him, Erling Haaland’s response was typically brusque.

– For well over 80 minutes Dortmund had kept their former star quiet. He had just 26 touches in the game – the fewest of any player. But that did not stop him having the final say.

– Even by the young forward’s increasingly sky high standards, his winner here was especially impressive. The assist – a sumptuous outside of the boot cross from Joao Cancelo – was good enough in itself.

– The finish, in which Haaland threw himself across the ball and acrobatically volleyed it left footed across goalkeeper Alex Meyer, was arguably the best of his 13 goals in nine games for Man City so far.

– It drew exuberant praise from his manager, Pep Guardiola, who compared Haaland to his former Barcelona coach Johan Cruyff.

– In a game against Atletico Madrid in 1973, Cruyff leapt into the air outside the far post, diverting a cross into the net from a remarkably acute angle with the outside of his right heel at chest height.

– Known as the phantom goal, it is one of the Dutchman’s most famous strikes – and one which Guardiola feels Haaland replicated perfectly.

– “What a goal,” he said. “I remember a long time ago in Barcelona Johan Cruyff scored one quite similar against Atletico Madrid. It’s nice Erling emulated Johan Cruyff.

Pep Guardiola: "Maybe the people who know me know the influence of [Johan] Cruyff in my life as a person, mentor and manager. Years ago, he scored in Camp Nou and scored a goal vs Atleti, quite similar to @ErlingHaaland and the moment he scored it I felt Cruyff…" [via @ManCity]

– “I remember a little bit my dear friend [Zlatan] Ibrahimovic, who has this ability to put their foot on the roof, and Erling is quite similar on that…”

Pep Guardiola on @ErlingHaaland's goal: "I remember a little bit my dear friend [Zlatan] Ibrahimovic, who has this ability to put their foot on the roof, and Erling is quite similar on that…" [via @SamLee]

– On a night where City looked to be on their way to a disappointing result, it was yet another reminder of the game-changing qualities of their number nine.

– Haaland has now scored 26 goals in 21 Champions League appearances, a goal every 62 minutes on average.