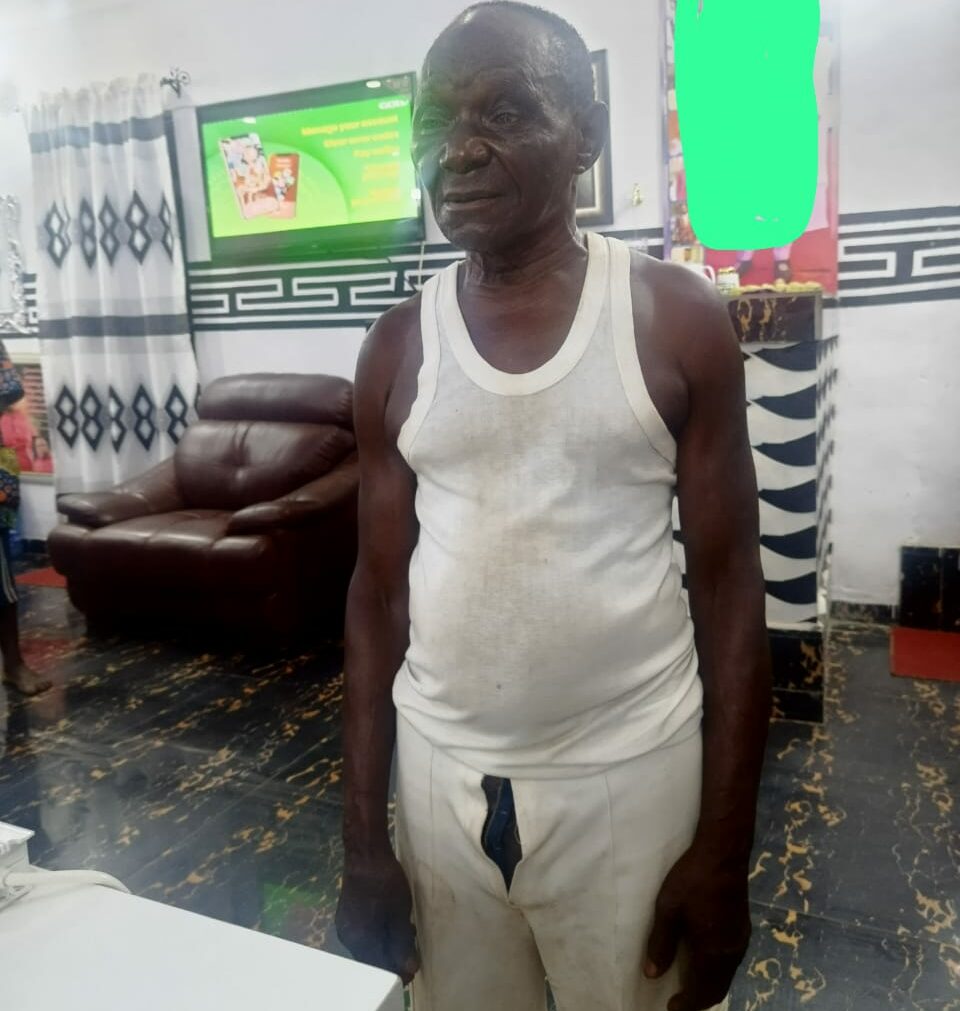 An eight-year-old girl has landed in a hospital in Ogun State following prolonged bleeding after she was defiled by an 84-year-old man.

Police in the state have, however, arrested man, Stephen Jack.

Police spokesman in the state, SP Abimbola Oyeyemi, stated in Abeokuta on Saturday that the suspect resides at Okun Owa area of Ijebu-Ode and was a well-known pedophile.

He added that Jack’s latest escapade was reported to the police by the father of the victim who noticed that his daughter was bleeding from her private region.

Oyeyemi stated that upon interrogation, the victim told her father that Jack assaulted her sexually.

He added that the victim had been taken to the General Hospital, Ijebu-Ode for treatment.

Commissioner of Police in the state, Mr Lanre Bankole, also directed that Jack be taken to the Criminal Investigation Departments for further investigation and possible prosecution.