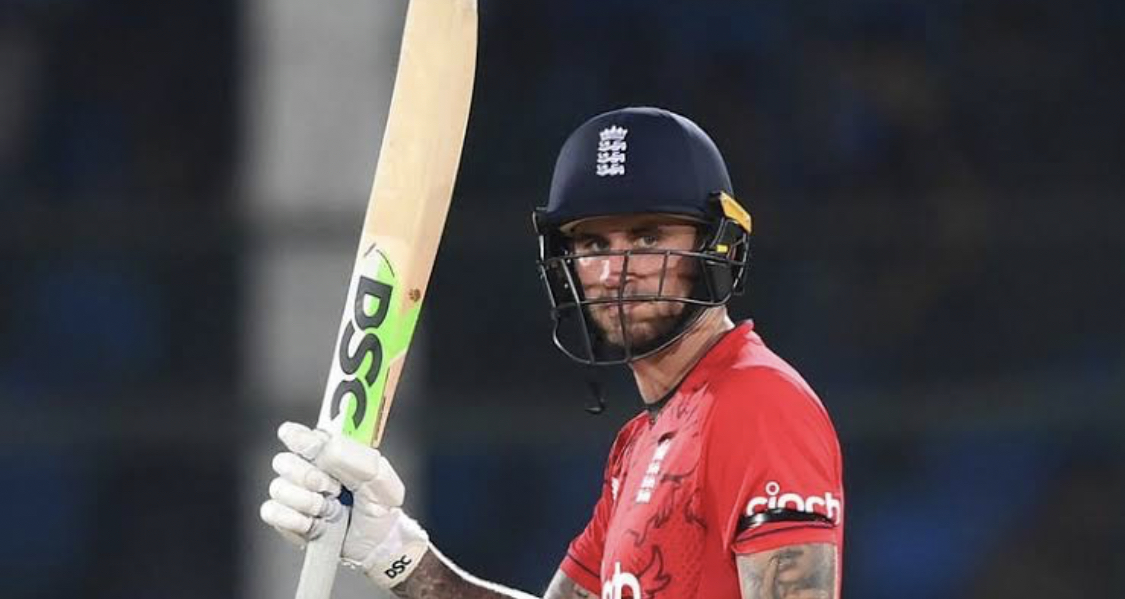 – The returning Alex Hales hit 53 and debutant Luke Wood took 3-24 as England claimed a six-wicket Twenty20 win over Pakistan in their first game in the country for 17 years.

– Chasing 159 to win, Hales hit seven fours in a controlled and mature knock in his first England appearance since 2019, when he was dropped from the World Cup squad for off-field issues.

– His fifty gave England a platform for victory, with Harry Brook making 42 not out off 25 balls in just his fifth T20 to guide the tourists home with four balls to spare.

– Earlier Pakistan made 158-7, with Mohammad Rizwan striking 68 from 46 balls, while opening partner and captain Babar Azam added 31 off 24.

– Wood was supported by Adil Rashid, who took 2-27, including the key wicket of Babar with a brilliant googly to end an 85-run opening stand.

– The match was England’s first in the country for 6,118 days, since a Test and one-day international tour in December 2005.

Victory to start the series 💪

– No countries toured Pakistan between 2009 and 2015 after an attack by gunmen on the Sri Lanka team bus in 2009, with sides returning sporadically since then.

– England were due to tour last winter, but withdrew after New Zealand’s men abandoned their tour of Pakistan because of a security threat.

– The second game in the seven-match series, which is a build-up to the T20 World Cup in Australia in October and November, is on Thursday.