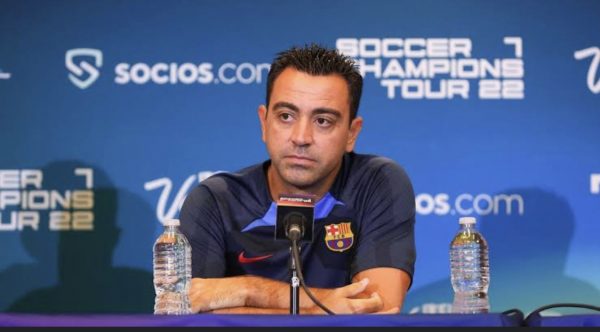 – Barcelona coach Xavi Hernandez says he would like international fixtures to be played in one block each year after four players returned injured following games with their countries this past week.

– Ronald Araujo, Jules Kounde, Frenkie de Jong and Memphis Depay are all set to miss Saturday’s trip to Mallorca after picking up knocks on international duty, while Hector Bellerin was also injured in training this week.

– In a typical season, domestic football stops in September, October, November and March for international interludes, with tournaments then played in the summer, but Xavi would like to see another model introduced.

– “It’s difficult,” he said in a news conference on Friday when asked how to prevent losing players to injury when they go away with their national teams.

– “I think FIFA have a plan to have a World Cup every two years, which has been controversial, but there is a calendar where national teams are together for one-and-a-half months.

– “Then, the clubs get the players for the rest of the year. It’s just one block with their countries. I think that would be a good solution, but it is not up to me.”

Xavi: "FIFA plans to organize the World Cup every two years. Now we have the World Cup in Qatar during the winter period. I think it would be better if the tournament is compiled at a separate time. Then the other time is allocated to the clubs."

– Barca’s spate of injuries comes at a crucial time in the season as they prepare for 12 games between now and Nov. 9 before the World Cup. That run includes two crucial Champions League games against Inter Milan and a trip to Real Madrid in LaLiga all before Oct. 16.

– Araujo will miss all 12 games after having surgery on a thigh injury this week, but Xavi is hopeful Kounde, De Jong, Memphis and Bellerin will be back sooner.

– “It is frustrating,” Xavi added of the injuries. “Araujo won’t be back for Madrid, that’s for sure, but the others could have a chance depending on how their recoveries go.

– “There are many factors why all these injuries have arrived. We don’t know the main reason. Long journeys, working with different methodologies, the load of games for the players.

– “Each case is different and we are not looking to blame anyone. Maybe communication with the national teams could be better. It’s bad luck, but now is the moment to show we have a good squad.”

– Sergi Roberto is also touch-and-go for Saturday’s Mallorca game, which could leave Xavi without all four players who have played at right-back this season: Roberto, Bellerin, Kounde and Araujo.

– The Barca coach said he has various options to fill the void at right-back, including switching to a back three, using a left-back out of position or calling up youngster Marc Casado, a midfielder who played at right-back for the first team in preseason.

– Barca remain unbeaten ahead of the game in Mallorca, which is followed by a trip to Inter in the Champions League on Tuesday.

– They have won five of their first six LaLiga games, drawing the other one, and have scored more goals (18) and conceded fewer (1) than any other team in the Spanish top flight, which is led by Real Madrid, who have taken 18 points from 18.