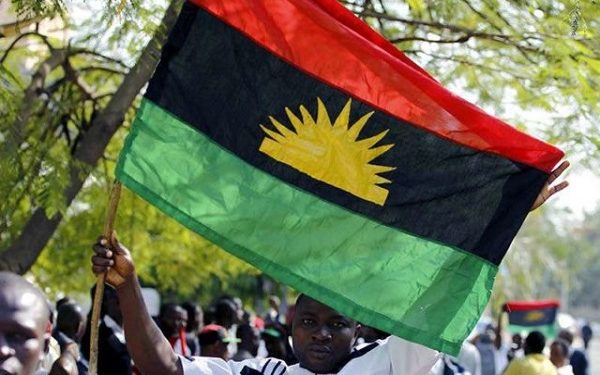 The Federal Government has asked Tech giant, Google, to bring down the channels associated with Biafran groups and other outlawed ones”

The request was made on Thursday in Abuja when a team of Google officials paid the Minister of Information and Culture, Alhaji Lai Mohammed a courtesy visit.

Mohammed requested that channels and emails containing names of proscribed groups and their affiliates be disallowed from operating on Google platforms.
The minister cited examples of such channels to include Biafra Digest TV, Umu Biafra TV, Biafra Digest, Asa Biafra TV.
According to him, some of the channels use local languages and dialects during
their broadcast to evade being censored.
“Your platform is a platform of choice for IPOB, a proscribe terrorist group.
“We implore you not to make your platform available to them for their acts of violence and destabilization.
“We hope you will cooperate with us as well as our security agencies in this direction,” he said.

Mohammed noted that Nigerians are among the most vibrant social media users in the world, with over 100 million Internet users in the country.

He said such internet platforms as Google, Facebook, Tik-Tok, Twitter and Whatsapp enable Nigerians to interact, share ideas, earn a living and participate in social and political affairs.
“However, these platforms are also used by unscrupulous persons or groups for subversive and nefarious activities.
“Governments worldwide have reacted in varied and measured ways to protect their citizens.

“Our interest, as a government, is to create a framework for protecting our citizens from the harmful impact of misinformation and fake news, as well as harmful use of the internet,” he said.
The minister disclosed that the government recently proposed a “Code of Practice for Interactive Computer Service Platforms/ Internet Intermediaries”.
He said th code which attempts to provide a framework for collaboratively protecting Nigerian users of Internet platforms was apt as the country prepares for general elections next year.
He expressed the commitment of the government to work with Google, other social media platforms, civil society, lawyers, media practitioners to ensure a responsible use of the Internet.
Charles Murito, Google Regional Director, Government affairs said his organisation shared the sentiment of the federal government on the abuse of social media by some groups.

He said they have taken note of the listed channels and urged the ministry to compile others and send to them for necessary actions.

“I want to assure you that we are going to take this issue seriously.
“Provide us with the list of the channels, we will work with you to ensure that they will no longer be of nuisance to you,” he said.
Murito also told the minister to give the contacts of those who can liase with them in the ministry for flagging of unwholesome contents noticed on their platforms
He said Google had set up a desk years back for flagging of fake news, misinformation and other unwholesome contents on YouTube.
NAN reports that Murito was accompanied by Mr Ade Adewolu, Google Senior Manager, Government Affairs.

Day sound engineer called me and said his system had crashed...

YouTube reveals top tips of getting most of its music