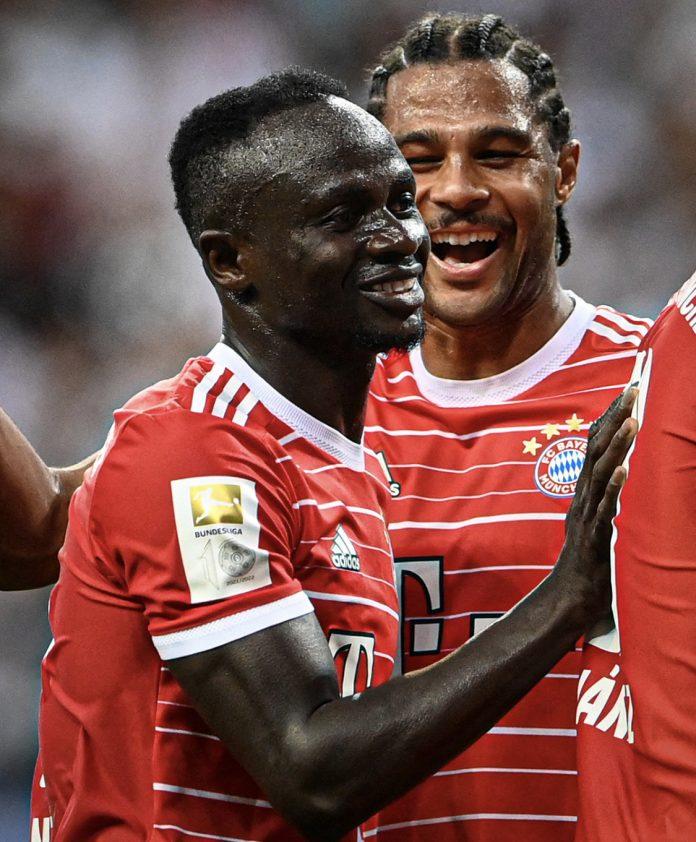 – Bayern Munich kicked off their Bundesliga title defence in style by sinking Eintracht Frankfurt 6-1 away on Friday.

– The scoreline will no doubt be warmly received by Real Madrid and their fans, as Frankfurt were thoroughly outclassed just days ahead of their UEFA Super Cup battle with Los Blancos.

– Even without Robert Lewandowski, who joined Barcelona this summer, Bayern looked a cut above their opponents at the Deutsche Bank Park.

Also Read: Mane on target as Bayern win DFL-Super Cup for 11th time in a row

– Julian Nagelsmann’s side needed just five minutes to open the scoring thanks to Joshua Kimmich, while Benjamin Pavard made it 2-0 six minutes later.

– Sadio Mane, in what was his first competitive match for Bayern since joining from Liverpool, made it 3-0 just before the half-hour mark. The reigning African Footballer of the Year headed home a delightful chipped cross from Serge Gnabry to ensure the route was on.

Only the first of Mané ⚽😉

– Jamal Musiala and Gnabry heaped further misery on Frankfurt by making it 5-0 before the break. Oliver Glasner’s men managed a consolation via a debut goal for Randal Kolo Muani in the 64th minute, only for Musiala to notch his second of the night with a little over five minutes remaining.

Müller tees it up for Musiala! 🤩

Jamal gets his second of the night 🔥🔥

– Bayern’s next match will see them play host to Wolfsburg on August 14, while Frankfurt only have a few days to put the heavy defeat behind them.

– In what is a rematch of the 1960 European Cup Final, Eintracht will do battle with Real Madrid for the UEFA Super Cup at the Olympic Stadium in Helsinki on Tuesday.

Peter Obi is my friend and brother – Father Mbaka