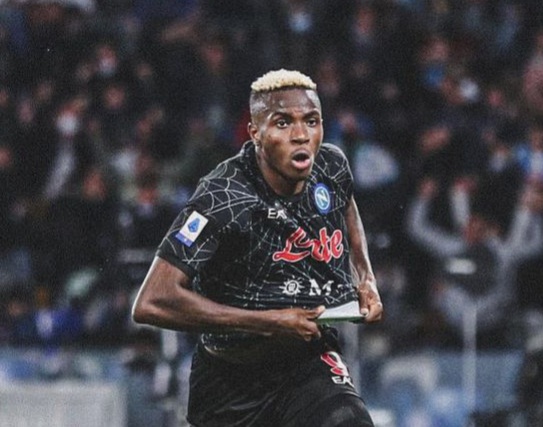 – After a solid Serie A campaign this term, the Super Eagles forward has been rewarded with one of the most coveted awards in the league.

– Victor Osimhen has been voted the best U-23 player in the Serie A this season, after scoring 14 goals and 5 assists in 26 appearances and helping Napoli seal a return to top flight European football. Osimhen also won seven penalties and took none of them.

– Osimhen was in a rich group of winners which had some of the league’s finest performers in different positions.

– Torino defender, Gleison Breimer was voted the best defender of the year.

– Inter Milan’s Marcelo Brozovic was voted the best midfielder of the season in the Italian top flight while Ciro Immobile’s 27 goals in 37 games was enough to win the best attacker of the year.

– Osimhen was described in a tweet on the Lega Serie A’s page as “Goals, goals, goals. A young striker with the experience of a veteran.”

❇️ Goals, goals, goals. A young striker with the experience of a veteran: @victorosimhen9 is the best Under-23 of this #SerieA💎@en_sscnapoli #WeAreCalcio pic.twitter.com/IaAYSAQYb6

– He had also been voted the player of the month for March.