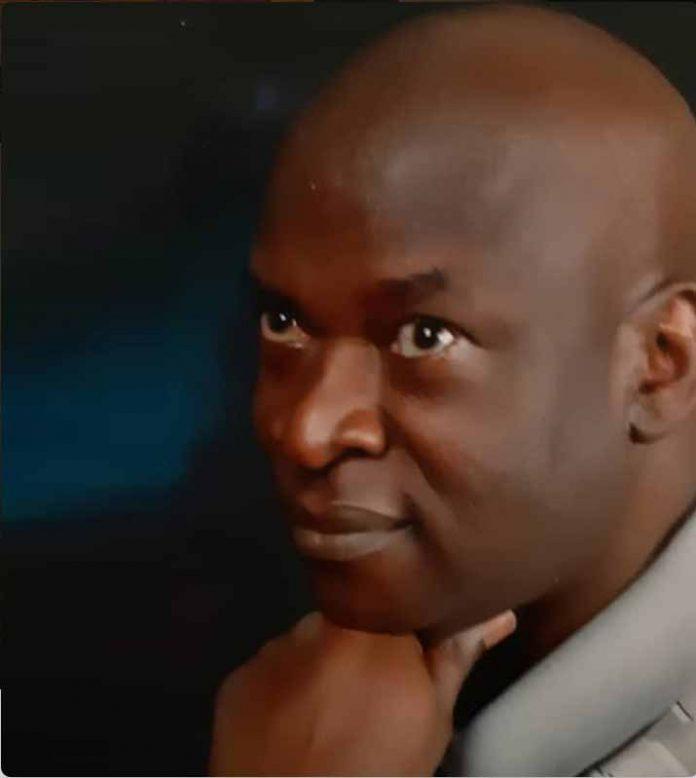 In 1992 when the book was written, Nigeria was far from the chaos and killing field it has become today. But Kyuka Adamu Usman (aka Kyuka Lilymjok) wrote from a vantage position of vision or clairvoyance, as the case may be, like a man who saw tomorrow.

The novel, ‘Hope in Anarchy’, stands out from a series in the author’s rich literary portal. Indeed, Kyuka, a Professor of law, has written over 40 books, more than three quarters of which are in the literary category. It is a strong coincidence that, Hope in Anarchy is not only first in term of year of publication, but also unique in its social crusading theme and futuristic (apocalyptic?) contents.

The author effortlessly probes multiple motifs of violence, social injustice, poverty in the midst of affluence, class oppression, insecurity, corruption, infrastructure deficit and almost everything wrong with the Nigerian society of this decade. It seems nothing is missing.

Kyuka presents a very divided country, with ever widening gap and mutual hatred between ‘Sharks’ as the rich were called, and the poor. While the former advertise indecent glamour, the latter live in misery, with little or no protection from government. The novel drips with tales of a failed State.

All through the pages, Kyuka employs a combination of proverbs, idioms, hyperbole and other figurative expressions, occasionally mixed with scriptural phrases to give account as a good storyteller, that he is.

Written in simple standard English interlaced with varieties of Nigerian Pidgin, the storyline centres on Ahoka, a brilliant young man with good dreams. His ambitions were cut short by the circumstance of indigent parentage. Life became so hard for Solo, his retired soldier-father, when he was robbed of his retirement benefits by gunmen, that he could no longer pay house rent.

In an emotion laden decision, he and the boy took permanent residence under Asabeni bridge (described as ‘house without walls’) between Desowa and Beku Island, leaving his pregnant wife with relatives in the township. Solo took up night guard appointment for a pittance, in the house of Okime, a Shark living ostentatiously in the highbrow Beku Island. It is instructive that his only weapon of protection is a ‘big stick.’

Solo managed to push his son’s education upto secondary school level, where he met Sindra, daughter of Lafimo, a notable Shark. However, in spite of his top academic performance, Ahoka was forced out of college in the fourth year, due to inability to pay a newly introduced book levy. He became a scavenger, picking and selling discarded bottles and tins. At other times, he fetched water for sale.

Tension continued to rise in the society. Jokulo, created a reactionary faceless group built on exorcism. The group carried out sting operations against the rich. The armed men targeted the rich and their family members for extermination. After killing a ‘Shark’ and his family members, they abducted the domestic servants, and indoctrinated them at ‘Mermaid Cell,’ where they were kept, in expectation of a future utopian kingdom. 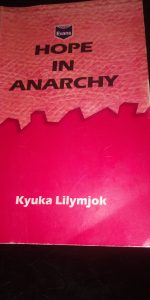 The narratives on killings, kidnappings and general insecurity bring to the mind the unprecedented banditry, abductions and insurgency currently ravaging the Nigerian State. Kyuka is like a Seer who documented his prophecy in writing.

Again the similarity in government’s handling of the security situation and the near cluelessness or apathy of Nigeria’s handlers is breath-taking. For instance, on pg 172, Kyuka shows that the President of the Republic in this season of anomie “was a former soldier and the military was his immediate Constituency.”

Could this be a strong coincidence  based on an artists imagination, or Kyuka have the gift of foretelling?

That is not all. With Jokulo’s popularity on the rise, pride also sets into his character. A major schism ultimately engulfed the rank of the cultists. The matter degenerated with the murder of Solo, who had become a ranked exorcist in Mermaid cell. An injury on Jokulo and the group was only a matter of time.

Does that strike a chord with the infighting between Boko Haram and Islamic State of West Africa Province, ISWAP in the northeast?

The 21 chapter in 199-page story ends in a melee. Yet, it is debatable wether the book is a tragedy or a comedy, especially considering the reunion between Ahoka and his long lost friend, Sindra! See the closing lines.

‘I care for no elephants and no kingdom.’ Sindra said, excitedly hanging on his shoulder. Her face was transfigured with joy. ‘But, I care for civilization and my handsome husband. Ahoka I love you.’

In the light of Nigeria’s depressed economy and widespread insecurity, Hope in Anarchy, merits being tagged a prophetic narrative. It advertises Kyuka, who said his choice of ‘Lilymjok’ as Pen name, is to facilitate unhindered connection with his genie, as an Atyap. He hails from Bafai-Kanai, Kaduna State.

Nigeria versus Ghana, an example of how not to organise a match

Dear boss, learn to manage anger while dealing with apprentices