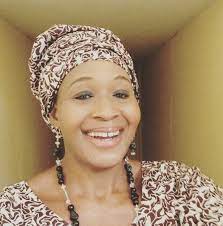 Controversial investigative journalist and pharmacist, Kemi Olunloyo, has spoken about her role in the progress that, she believes Sazuh singer, Potable, is making now.

Since Portable first hit the scene, he has been an object of admiration and scorn, the latter based on his erratic behaviour.

According to Kemi, many called him a drug addict, many looked down on him but she gave him advice to start doing Fujifrobeat and he yielded and now he is travelling round the world.

She adds that people should stop accusing him of taking drugs when they did not catch him doing one.

“You called him a drug addict

You looked down on him

I gave him advice about about Fujifrobeat.

My video went viral and now grace found him and he’s travelling the world.

Stop cracking stupid drug jokes on people when you did not see them doing it.”

Kemi had, in the earlier post, advised Portable to seek help and look beyond the Nigerian shore.