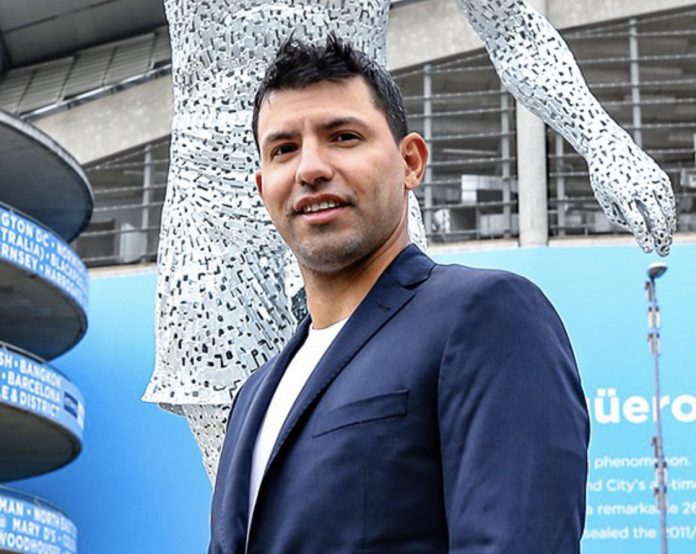 – Manchester City have unveiled a statue dedicated to Sergio Aguero, the top goalscorer in the club’s history.

– The unveiling took place on the 10th anniversary of his last-minute winner against Queens Park Rangers to win the Premier League title in 2012.

– Aguero’s statue was created by award-winning sculptor Andy Scott and stands alongside those of his former teammates Vincent Kompany and David Silva outside the Etihad Stadium.

– “The permanent statue of Aguero celebrates his outstanding contribution to the club’s success, and in particular, his pivotal role in what was arguably one of the greatest moments in sporting history for which he will be eternally remembered by Manchester City fans around the world,” read a club statement.

– Back in 2012, Manchester City needed to win on the last day of the Premier League season to lift the title.

– They were 2-1 down with minutes remaining, before Edin Dzeko equalised in stoppage time and then came Aguero’s unforgettable moment.

– “Truthfully, it is a very beautiful thing for me, to see myself 10 years ago is very moving,” Aguero said.

– “In those 10 years I was able to win a lot of trophies and was able to help the club become one of the most important in the world.

– “I am very grateful to the club for making this statue in recognition of my football career in Manchester. It is something very special.”

– The Argentine arrived at Manchester City from Atletico Madrid in 2011 and went on to win 15 trophies during his time in England, including five Premier League titles.

Zulu-Gambari to Osinbajo: You have a lot of tasks ahead of...