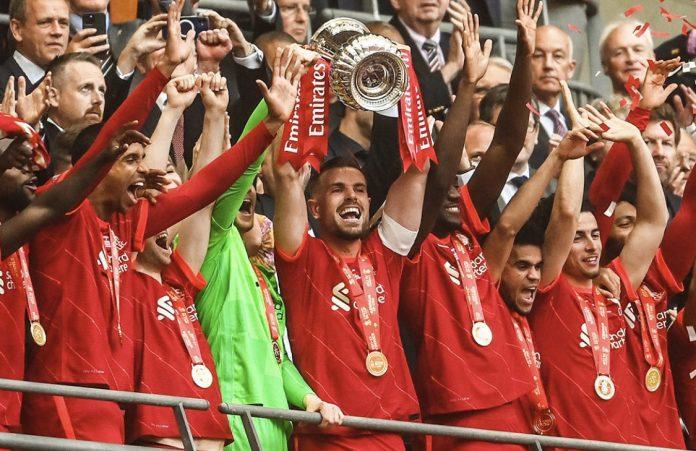 – Liverpool kept alive hopes of an unprecedented quadruple as Konstantinos Tsimikas struck a sudden-death penalty winner to earn victory over Chelsea in the FA Cup final.

– In scenes similar to the Carabao Cup final earlier in the campaign when the Reds edged a shootout win, the sides again could not be separated in a goalless 120 minutes of play that saw countless wasted openings.

– They split 27 shots on the day – 17 for Liverpool and 10 for Chelsea – and both sides saw efforts hit the woodwork before an extra-time period played in a manner that made penalties feel inevitable.

– And when they came, Cesar Azpilicueta’s early miss handed Liverpool the initiative, only for Sadio Mane to see the potentially match-winning penalty saved, prompting Chelsea manager Thomas Tuchel to drop to his knees and beat the Wembley turf in celebration.

WE ARE THE #EmiratesFACup WINNERS!!!!!!! pic.twitter.com/eZMe5IRbB2

Behold my real house – Blessing Okoro, who showcased another person’s...