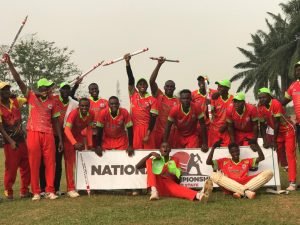 The Nigeria Cricket Federation (NCF) says it has appointed coaches to its senior and under-19 male and female national teams.

NCF, in a statement posted on its website on Thursday, said this was in the wake of the resignation of Asanka Gurusinha in April on health grounds.

Gurusinha, a Sri-Lankan, was the senior men’s team coach and federation’s High Performance Manager since December 2020.

Uthe Ogbimi has now returned as the senior men’s team coach and will be assisted by Tamuno John-Harry.

Leke Oyede assumes the role of senior women’s team coach, to be assisted by Theophilus Ibodeme.

Also, the immediate-past national women’s coach, Onome Oghenekevwe, will take up a new role as the under-19 women’s team coach and will be assisted by Yusuf Awobola and Azuka Nwojiobi.
ALSO READ:Cricket: Ben Stokes is England’s new men’s Test captain
The federation said all appointments are to be of immediate effect and for a period of six months.(