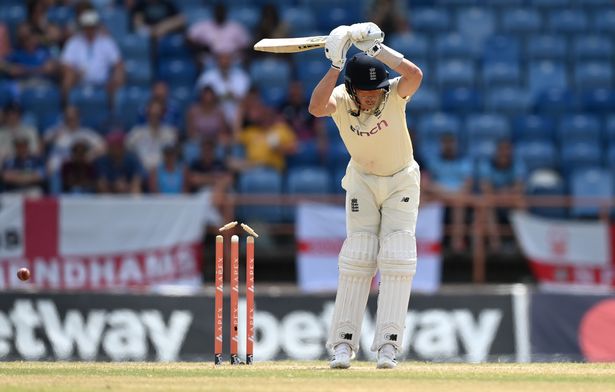 – The West Indies have beaten England by ten wickets in the third Test in Grenada to secure a series victory.

– England have lost their Test series against the West Indies after suffering an embarrassing ten wicket defeat in the final match.

– After drawing the first two Tests in Antigua and Barbados, England’s top-order failed twice in Grenada as they were comfortably beaten by their hosts. England managed just 204 in their first innings, with last-wicket pair Jack Leach and Saqib Mahmood their top scorers.

– They then failed to blow away the West Indies lower order in their first innings, with wicketkeeper Joshua da Silva scoring a brilliant hundred and sharing eighth, ninth and tenth wicket partnerships worth over 40. In their second innings, England’s batters failed once again as Kyle Mayers took his maiden Test five-fer.

– Only Alex Lees and Jonny Bairstow managed to reach double figures as they were bowled out for just 120. West Indies then comfortably knocked off the 28 runs they needed to win with ten wickets in hand to complete a comprehensive victory.

– The defeat means England have failed to win any of their last five Test series, with their most recent victory coming in Sri Lanka in January 2021. And former England captain Michael Vaughan gave a scathing assessment of their display in Grenada, accusing them of showing “no spirit or fight”.

– Speaking on BT Sport, he said: “To see the England team just capitulate like that with no spirit or fight – I am afraid there are big questions to ask. The lack of resistance in this England team is non-existent.