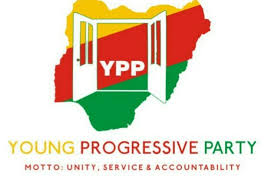 The Young Progressives Party (YPP) governorship aspirant in Ekiti, Mr Debo Ajayi, has identified the lack of visionary leadership as the major cause of underdevelopment in the state.

Ajayi who made this known in a statement he issued on Friday, through his party’s secretariat in Abuja, vowed to change the narratives if given the opportunity to govern the state.

He noted that the time has come for men of integrity and vision to take over the mantle of leadership in the state, provide direction and fix the broken system.

The governorship aspirant said part of the visionary leadership he would offer if elected into office would be to tap into the intellectual assets that are in abundance in the state and also ensure a private sector-driven economy.

“We will invest massively in the youths who will be drivers of our proposed knowledge-driven economy.

“Politics in Nigeria is rapidly evolving with renewed consciousness made increasingly possible by the obvious leadership failure since the commencement of the fourth Republic in 1999.

“Nigerians, especially the youth demographic group, with an estimated voting population of over 40 million, are today better informed and quickly institutionalising the vibrant online activism demonstrated during the #EndSARS protests into electoral politics and broader civic participation.

“Ekiti is one of the sad realities of this leadership failure.

“And in spite of laying claim to being the intellectual capital of Nigeria, it is bereft of any visible development so much so that Ekiti is today one of the most underdeveloped states in Nigeria,” Ajayi said.

He said he would target to mobilise first-time voters who are more in number in the state and strategise with the youths who were already despondent on account of the high rate of insecurity, unemployment and poverty.