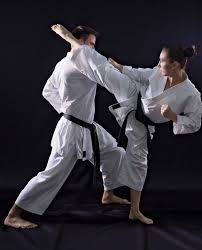 Mixed Martial Art, popularly known as combat sport, will debut in Lagos on Oct. 30, O.F.U Entertainment Limited, the organisers of the event said on Thursday.

Ife Obiudo, the Chief Executive Officer of the firm, said at a news conference in Lagos that the second edition of the sport would hold on Dec. 4.

Obiudo said the Oct. 30 event would showcase homegrown fighters at the National Stadium while the Dec. 4 would show fighters across the world at the Balmoral Event Centre, Federal Palace Hotel, Lagos.

He said the aim was to scout for talents from the grassroots with the aim of exposing them to the world and to make the sport more popular in Nigeria.

According to him, this project is to scout for homegrown talents because I am not in doubt about the abilities of the Nigerian youth.

“We have seen their breathtaking performances in sports all over the world, especially in Europe.

“The fighters in the popular Ultimate Fighting Championship (UFC) all started from somewhere, and I believe Nigeria is blessed with abundant talents,” he said.

Charles Okafor, the Brand Ambassador of the Fight, reiterated that the aim was to seek for new talents instead of depending on established fighters.

“If we continue to use the established stars in Nigeria, we are not creating room for development of the sport in Nigeria. We need to grow our own,” Okafor said.

The Technical Director of the fight, Ikechukwu Nwobodo, said that the fight would have Middleweight, Bantamweight, Lightweight and Welterweight categories for this event.

“In subsequent editions, we will add the heavyweight class,” Nwobodo said.