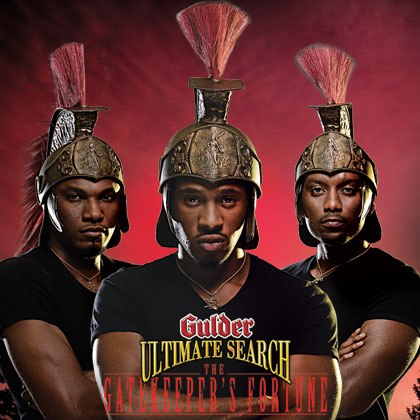 What they are searching for is so precicious that the revivival of a whole town is tied to it.

It is also so great that whoever finds it will get N50m.

This is the story of the 18 contestants in the Gulder Ultimate Search reality bash, which has asked them to set for the Ijuka forest.

And what are they looking for?

They are after the secret of Akolo, a master brewer whose story the organisers tell thus:

The mysterious craftsman named Akolo appeared in the town one day and settled down amongst the blacksmiths and woodcarvers. He soon began to teach the best among the people because his skills were superior to theirs. His name spread beyond the town, but what drew the attention of many was his special brew.

Akolo’s brew was nothing like any that existed in the town. He used ingredients which no one had ever seen before that he got from trading his great works with European merchants. The king soon heard of his fame and appointed Akolo to be a member of his advisory council.

Although Akolo formed a close bond with the king, he never revealed the recipe of his brew. That was a secret Akolo guarded jealously. As the fame of his brew grew, trading routes began to pass through Ijuka, and many sought to taste his brew. Ijuka became a prosperous town, and soon enemies began to gather. They were jealous of Akolo’s wisdom and his close bond with the king and wanted the secret of his brew for themselves. They tried several times to kill him but to no avail. Fearing for his life, Akolo left the town for the mangrove forest with his secret brew recipe and all his knowledge, never to be seen again. Ijuka, a once prosperous town, suffered Akolo’s absence and was soon laid to waste by foreign invaders.

Now, the council of elders has chosen 18 brave warriors to go back in time to The Age of Craftsmanship to search for the iron chest containing Akolo’s secrets.