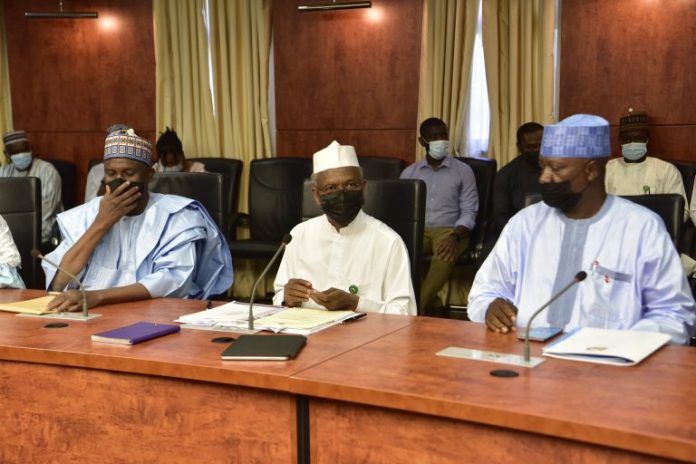 Gov. Nasir El-Rufai of Kaduna has said that the state’s resident cards would enable the people to have access to quality education, better health care and social interventions, as well as ease ways of doing business.

El-Rufai made this known during the signing of a Memorandum of Understanding (MoU) between Kaduna State Residents Registration Agency and United Bank for Africa (UBA), on Friday in Kaduna.

The governor noted that the Agency had registered more than 3.4 million residents out of the state’s 10 million population.

El-Rufai further said that the resident cards would serve as means of identification and enable holders to use it as bank card.

‘’You can use it as a debit card or credit card depending on the type of arrangement you have with UBA.

El-Rufai explained that the MoU signified the appointment of UBA as the issuing bank for the state’s biometric residency cards.

According to him, although the agency had registered 35 per cent of the state’s population, it is still working assiduously to ensure all legal residents are registered.

“The state government will soon demand the production of this residents cards for residents to enjoy some of our social services like education and basic health care.

“Having the residents registration cards will also enable individuals and businesses to access interventions for small and medium enterprises, as well as interventions related to poverty eradication.

‘’This government has recognised citizenship as what the Nigerian constitution advocates rather than ‘indigenship’ and ‘settlership.’

” We believe that the dichotomy between indigenes and settlers has brought untold problems to the country and has slowed down the unity of our great nation,’’ the governor said.

While thanking UBA for the collaboration, the governor said that the bank had been a veritable partner of the state government since 2015.

“The bank has been there for us in our times of need, particularly in 2017, when we had disruption in our revenue”, the governor said.

In his remarks, Yusuf Isiaka, UBA Regional Head, said the bank was pleased to partner with the state government on the project.

Isiaka said that the card could be used for payment and as an identity card.

May Day: Be diligent as you await new minimum wage, NLC...